The Green Mountain Gators would like to recognize Al Hofstra as he received the Betty Woods award this weekend at the 57th FSA League meet.

The Betty Woods award was created by the Foothills Swim Association in 2010 after Betty passed away.  Betty was a valuable asset to the swim league and they want to carry on her tradition by recognizing people within the League that posses the same qualities and passion for the sport.
The objectives of Foothills Swimming Association are:
This award is created in honor of Betty’s 50+ year contribution to the Foothills Swimming Association.  The award is intended to recognize a person for their contribution to the FSA.

I would like to nominate the Betty Woods award to one of the hardest-working contributors to the FSA, Al Hofstra. Al has been working for Green Mountain Swim Club ( a part of the FSA ) for over 10 years. Through his work, he has helped swimmers realize their full potential and has encouraged them to swim. He worked not only as an official during meets, but a swim team board president and has done volunteer work to help maintain the GMSC pool.

Al Hofstra has been a part of the swimming community since he was a child. His parents, Warren and Mary Hofstra, helped found the Terrace Club in the 1960’s, where he swam from age 7 to 17. He earned league titles at ages 8 and 12. When he was 13 the Terrace Club joined FSA. Al also swam on the varsity team for Lincoln High School where he earned an all-city title for the 50 and 100 free. He was also the captain of the swim team at Colorado College, when he joined the Green Mountain Gators as a coach. For two years, Al coached GMST’s eight and under age division. In one of the years that he coached, GMSC won League in the eight and under age division. In 2005, his daughter Tess swam as a gator and Al began his volunteer service. He officiated, timed, and maintained the pool. In 2010 he was elected the position of Swim Team board president and head official at Green Mountain, which he held for five years. Even after passing the baton this year, he continues to support both the pool and the FSA team with his work and his wisdom.
A big thank you to Brooke Tompkins who wrote this submission and helped share Al’s love for swimming with all of us. 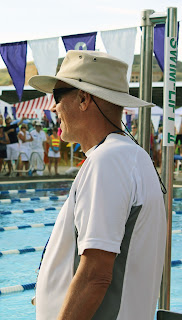 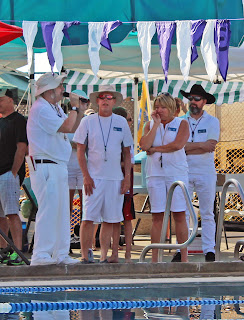 Processing…
Success! You're on the list.
Whoops! There was an error and we couldn't process your subscription. Please reload the page and try again.

REGISTER HERE
Note: We can not prorate based on attendance.
Fee: $100 for 10 week session

See you next summer for more volunteer shifts!

WaterWorld Tickets
We will have a Gator Team Day on Wednesday 6/29 after pictures and pancakes. This is an optional event and does require families to buy tickets and monitor the kids they bring.
Discount Tix Here

Photo Circle
add your gator photos here to be included in the end-of-season banquet slideshow.